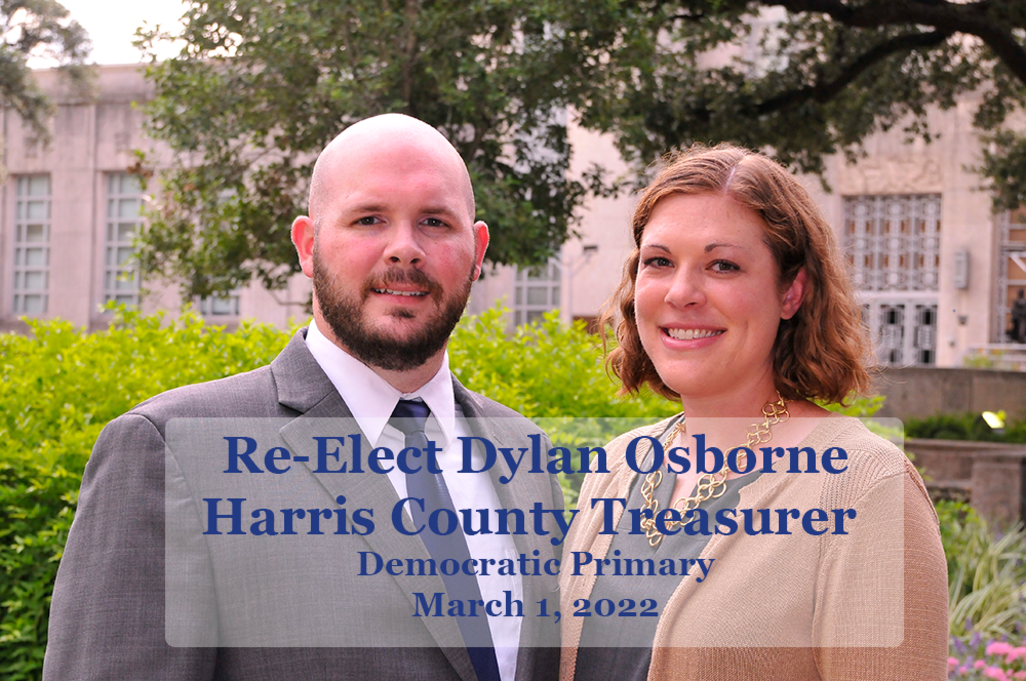 Dylan Osborne is a public service professional dedicated to ensuring our money works for our communities. He has worked in local government for over a decade, and has experience tearing down silos and working across departments to get things done.

Prior to being elected, Dylan staffed two Houston City Council Members, first as a constituent service representative and then as a policy advisor and community liaison. He served in the Finance Department and in the Planning & Development Department for the City of Houston, which allowed him to become a generalist that is capable of working in almost any environment or position.

From a young age, Dylan wanted to work in government. When it was time to complete his education, he knew exactly what he wanted to do- work in the public sector to make a difference. With that in mind he finished his undergraduate degree at the University of Houston- Downtown in Social Sciences with concentrations in Political Science and History. He then went on to the University of Houston to earn a Masters degree in Public Administration. With courses like Public Finance, Budgeting, Non-Profit Management, Public Policy Analysis, and Emergency Management, grad school prepared Dylan to tackle a variety of roles.

"I love working for the people of Harris County and I am proud to work in the public sector. I go to work everyday with the goal of making Harris County government better."- Dylan 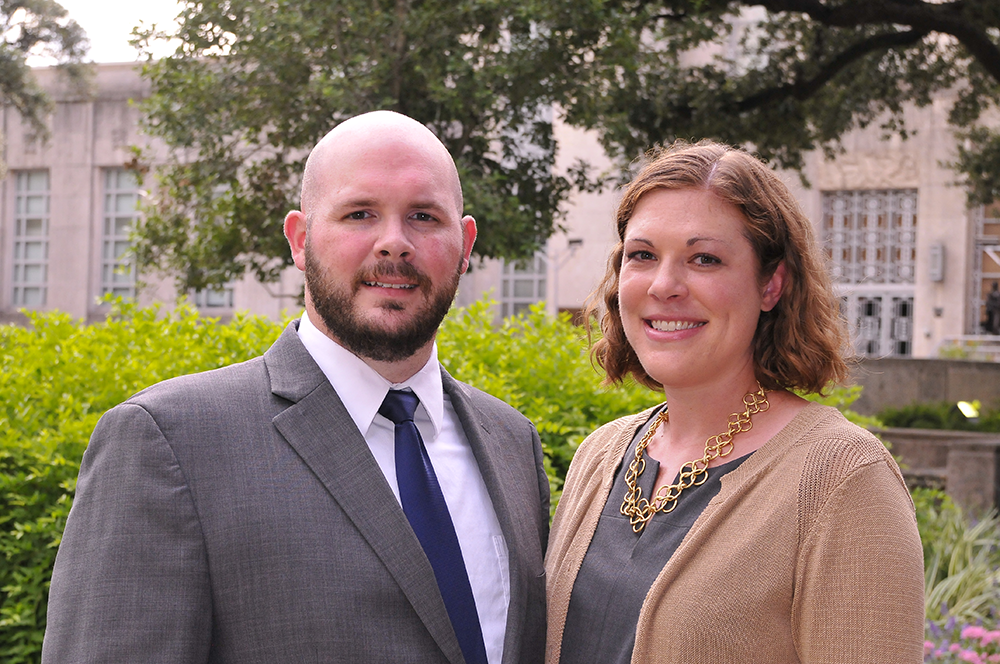 Dylan and his long-time partner Christina reside in Montrose with their two cats, Elwood and Ruthie. They enjoy spending time outdoors. Fishing and disc golf are two of his favorite hobbies, even though he is not very good at either of them. He is a founding member of the UH MPA Alumni Association and he is a former member of the Houston municipal employee union, HOPE Local 123.

Christina is a former Texas A&M softball player that enjoys playing slow pitch as often as she can. They both love watching the Houston Astros and they are season ticket holders for UH Football. Christina and Dylan are both proud UH alums. Go Coogs!

Treasurer is a partisan position and Dylan is running on the Democratic ticket. He is a sustaining member of the Harris County Democratic Party and the Texas Democratic Party. He has represented Senate District 15 on the HCDP Finance Committee and worked on the Millennial Outreach Committee. He has attended many state party conventions to do his part to shape his party, and in 2016 Dylan was elected to be a Presidential Elector by his peers in SD 15. Since being elected Dylan has continued his involvement with the party, and was a national delegate for Bernie Sanders in the 2020 election.